The Chimpanzee has a similar anatomy to that of a humans; their DNA is only different by about 1%. They have a closed circulatory system, making them able to transport the nutrients, oxygen, and water by blood cells, to where it is needed. Also, like that of humans and other mammals, the Chimpanzee has a four-chambered heart, along with arteries and veins, completely containing the blood within the blood vessels of its two-circuit circulatory system. 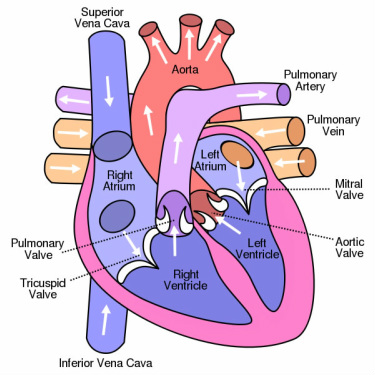 Just like humans, all blood enters the heart from the right side through the superior and inferior vena cava's. The superior vena cava collects the blood from the upper portion of the body while the inferior collects from the lower portion. Blood leaves these veins and then enters into the right atrium. As the right atrium contracts, the blood is pushed through the tricuspid valve into the right ventricle. Contraction of right ventricle leads to blood being pumped upwards through the pulmonary valve and into the pulmonary artery, pushed into the lungs where it picks up oxygen.

Because blood pumping through the body is relatively poor in oxygen, it needs to gather more in the lungs before being pushed back through the body. The right side of the heart focus's on this task, pumping the blood into the lungs to pick up the oxygen before it is allowed to return to the rest of the body.

The aorta is the main artery of the body. It receives all of the blood that the heart has now pumped out and distributes it across the rest of the body.
Similar to humans, the left ventricle is thicker in muscle than any other chamber of the heart because it needs that extra muscle mass to help push the blood to the rest of the body against much higher pressure in the general circulation (blood pressure). 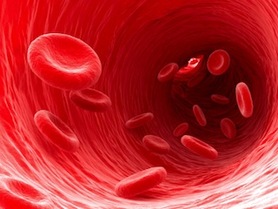 As you have learned previously, there are four principal blood types in humans: A, B, AB, and O. The following table explains the possible permutations of antigens and antibodies of each corresponding ABO type:

People with type A will have the A antigen on the surface of the red blood cell meaning anti-A antibodies are not produced because they would cause the destruction of their own blood. If blood type B were injected into their system, the anti-B antibodies that are present in the plasma would recognize the new blood type as foreign and attack the introduced red blood cells to cleanse the body of the alien. O blood types do not produce any antigens therefore their blood type will not be rejected if introduced to other blood streams. Those with O type are known as universal donors, but they can only receive O blood type themselves. Those with AB do not make any antibodies making them universal receivers, but their blood will be attacked if given to people of any other blood type because of their production of both antigens.

Chimpanzees have very similar blood typing but have one major difference; they never produce B antigens. This means chimps are strictly type A with the rare occasion of them being type O. Because of the similarities in blood typing between chimpanzees and humans, blood transfusions are a possibility between the species but the blood type of each must be known. Numerous tests must be taken as well to prevent disease transmission from occurring such as the passing of AIDS. 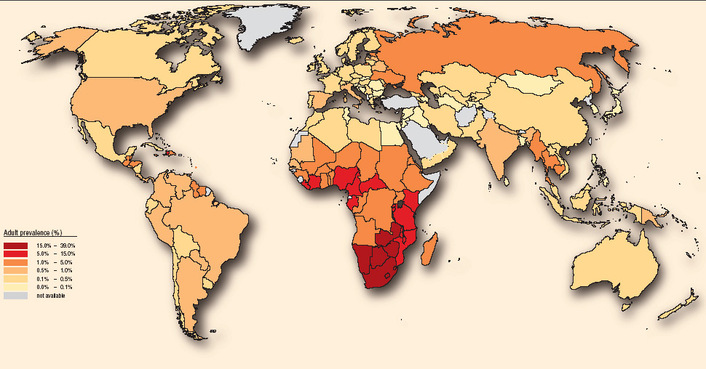 SIV to HIV
Scientists have identified a type of chimpanzee in West Africa as the source of HIV infection in humans.

SIV, simian immunodeficiency virus, is a retrovirus that replicates in the host cell via reverse transcriptase, reproducing itself as a part of the host cell's DNA. The virus mutates at an exceptionally high rate to avoid immune response. The mutation rate has led to shifting of types, varying between species. For example, an infected chimpanzee's stain is considered SIVcpz while a sooty manabey's is SIVsmm.

Both HIV strands are a result of multiple cross-species transmissions of the SIVs. SIVcpz gave rise to HIV-1 group M, the principal cause of the AIDS pandemic.
Scientists believe the immunodeficiency virus was most likely transmitted to humans and mutated into HIV when humans in Cameroon hunted these primates for meat and came in contact with their infected blood. Over decades, the virus spread across Africa and later into other parts of the world.